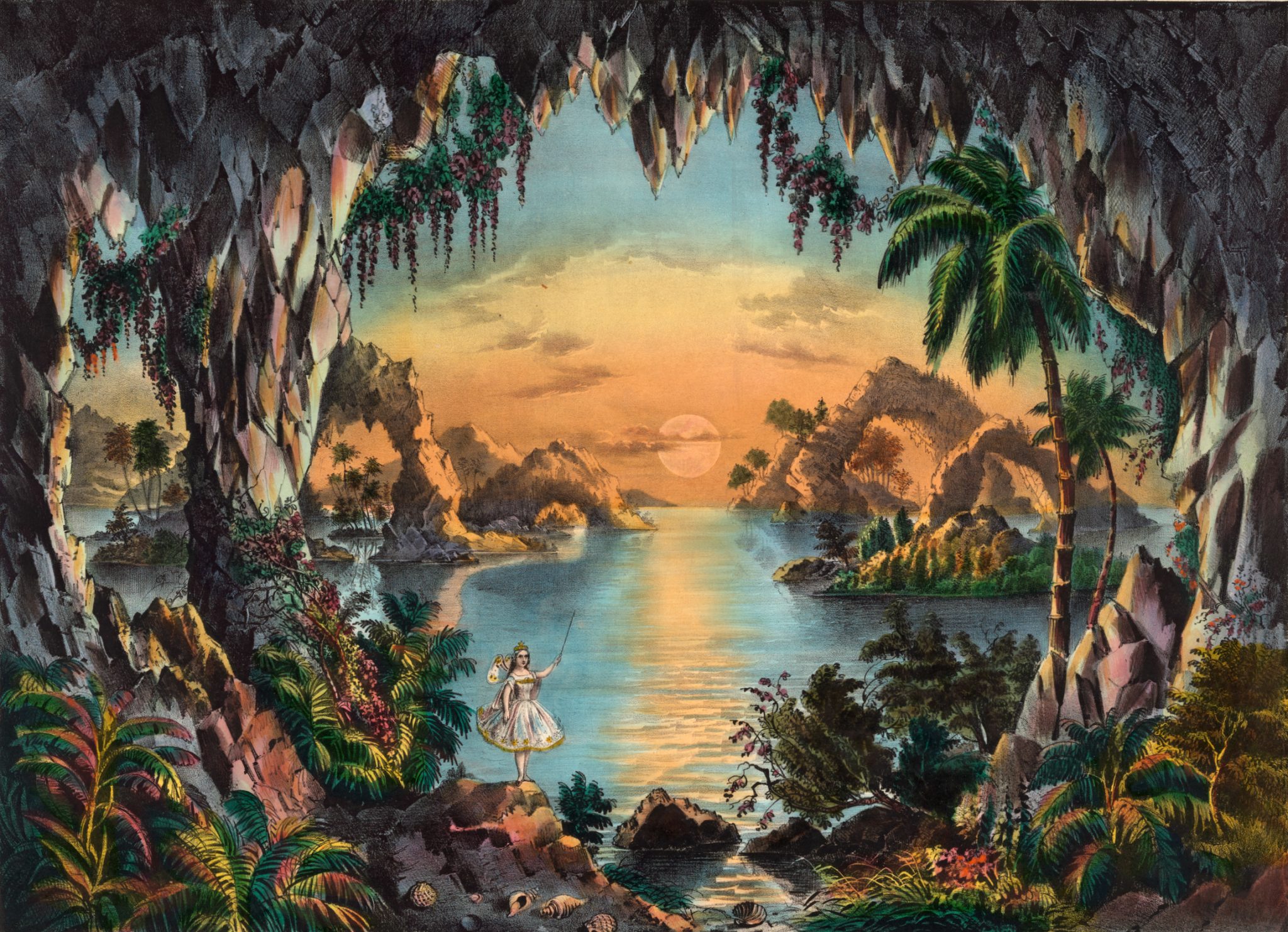 Hey!
I wanted to pop in quickly to share this awesome 19th-century illustration of a fairy grotto I found through the New York State Library.
I love this image. It sort of reminds me of The Last Unicorn, you know, that 80’s animation where the band America did the entire soundtrack with the London Symphony Orchestra.
Anyhoo.
This image was originally published in 1867 by Currier & Ives, a 19th-century American printmaking company. There isn’t too much information available about this artwork, but you can read more about it here.