Who loves rocks and minerals? 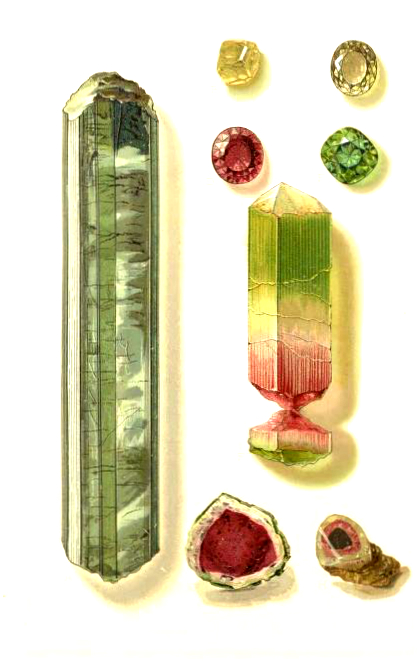 I most certainly do 🙂
Recently, I went to the latest gems and minerals show held at the New York State Museum. It was awesome.
And a few years ago I was lucky enough to attend the rocks and minerals show in Tuscan, Arizona, the largest of its kind in the United States. That was an awesome show too, as I came away with some great mini trilobites at a fraction of the price.
Tip: vendors ALWAYS discount on the last day!
Anyways, I’m getting off track. I clearly had rocks and minerals on the brain, so I went searching through 19th-century mineralogy books and found some wonderful illustrations for you to use and share.
These are my favorite illustrations from the book, Gems and Precious Stones of North America. But you can view the entire book here where you’ll find more images too. 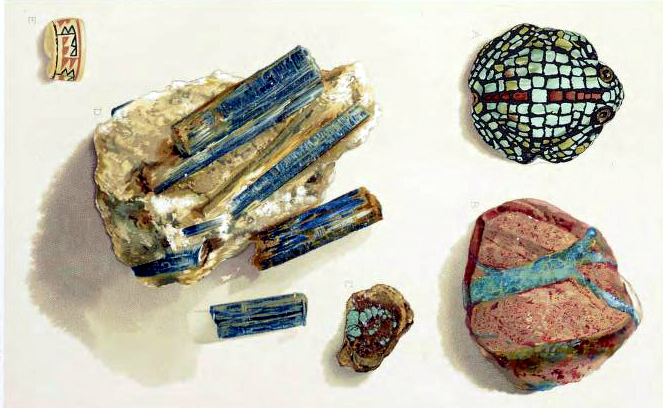 Who Wrote This Book Anyway?

The vintage book, Gems and Precious Stones of North America, was written and illustrated by the 19th-century mineralogist, George Frederick Kunz.
Kunz was born in 1856 in New York City and harbored a love for rocks and minerals from an early age.
In fact, by the time he was a teenager, Kunz had collected thousands of specimens and sold them to the University of Minnesota.
Though a working mineralogist and collector, Kunz never went to college to pursue a degree in the field. Instead, he taught himself through his own field research and whatever mineralogy books he could find.
By 23, Kunz was already vice president of Tiffany & Co.
During his tenure with Tiffany & Co., Kunz discovered a new gem which was aptly named, Kunzite.
Kunz founded the Museums of the Peaceful Arts, was president of the American Metric Association, and was a lead research curator for the Museum of Natural History in New York City. 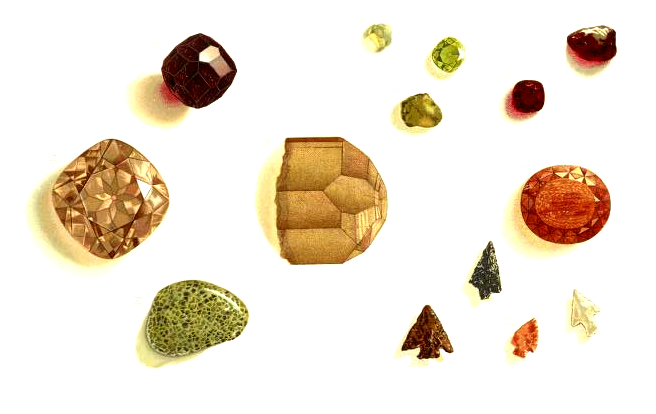