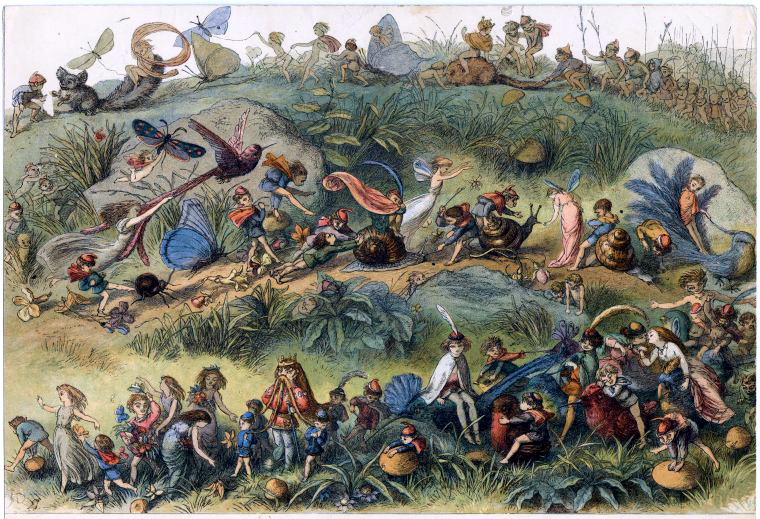 I’m back from a long hiatus!
Thank you to everyone who visits and shares this website. I hope everyone likes this latest batch of free vintage fairy illustrations. So let’s get to it 🙂

There are so many more things I want to add to this site, one of them being more elves and fairies.

Fairies and elves clash with nature in this fun, vibrant series. Originally published in 1870.

Richard “Dickie” Doyle was born in Cambridge Terrace, London, in 1824 to notable Irish political caricaturist, John Doyle. Richard had no formal art training outside of his father’s own studio and guidance. At an early age, he showed a particular fondness for the fantasy genre.

5 Fun Facts About Elves and Fairies

Make sure to check out the rest of our vintage fairy illustrations!