Did you know that the original title of ‘Snow White’ was ‘Snow Drop?’ I learned some fun facts about one of my favorite fairytales while searching for antique examples of the book. This particular gallery features color illustrations from a 1913 version of the story. These copyright-free images are in the public domain and can be used for making greeting cards, homemade books, posters, mug designs, and many more creative projects. The seven dwarves illustration are particularly versatile and would make great crafting material for general holiday and fantasy-themed art projects as well. 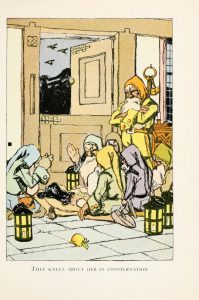 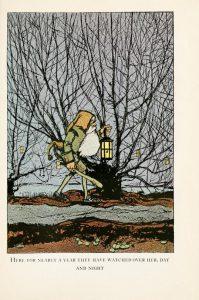 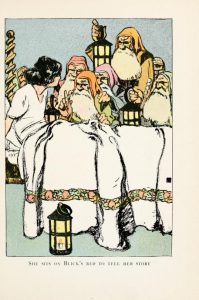 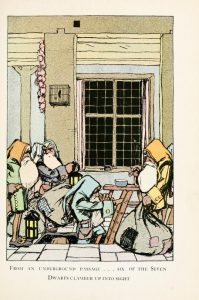 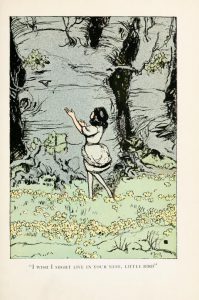 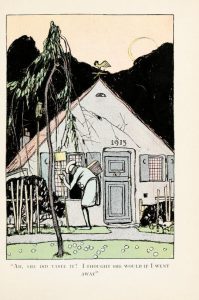